Indulging Mockumentary To Watch When Bored!

The documentaries everybody hates and loves, also known as mockumentaries. Mockumentary -as defined by the Urban Dictionary- is “a film that has the look and feel of a television documentary, but with the irreverent humor and slapstick of a comedy, designed to "mock" the documentary or subject it features.” {Click To Tweet!}

Since mockumentaries exist as a reflection of documentaries, the genre will continue to evolve as new trends emerge. Mockumentaries work because when the audience feels like they're in on the joke, this is when mockumentaries genuinely succeed.

FLAT EARTH: To The Edge And Back

Many believers at the Flat Earth International Conference, an educational seminar about our planet, support the theory that Earth is flat. In an age where people can access information seemingly on any perspective or opinion - even if decisively incorrect - this documentary shows the dangers of confirmation bias.

Outrageous situations occur when Borat, a famous reporter (Sacha Baron Cohen) from Kazakhstan, comes to the United States to film a documentary on what makes America a great nation. Along the way, he manages to offend just about everyone he meets, fall in love with actress Pamela Anderson and set forth on a cross-country journey to make her his wife.

Rare in the sense that most of the participants were unaware they were participating in a fake documentary, Borat uses the time-worn trope of a fool who “inadvertently” exposes the prejudices of the people around him. Sacha Baron Cohen is in top form here, expertly maintaining character at fancy dinners and racist rodeos alike.

When it becomes clear that his solo album is a failure, a former boy band member does everything in his power to maintain his celebrity status. Childhood friends Conner (Andy Samberg), Owen (Jorma Taccone) and Lawrence (Akiva Schaffer) found fame and fortune after forming the hip-hop group the Style Boyz.

Owen and Lawrence faded into the background when frontman Conner left the band to launch a successful solo career. Now, the egotistical singer decides to film a documentary about his life while he's still on top. When his second album flops, the camera is there to capture his world come crashing down.

Blacklisted, after crashing into a runway presentation, a flamboyant Austrian fashionista travels to the United States, where he hopes to launch a celebrity interview show. In his quest for superstardom, Brüno (Sacha Baron Cohen) sparks one outrageous situation after another, pushing the boundaries of decorum to the breaking point.

Robert `Gunther' Bendik is renowned as the world's greatest hitman. A group of self-obsessed assassins team up to take Gunther out, determined to claim the title for themselves.

This mockumentary about a wealthy couple simple-minded mission to make a difference in the lives of homeless people by distributing lollipops bearing a cheery slogan on the wrapper.

Newly married and quite wealthy, Los Angeles residents James (James Gunn) and Jenna (Jenna Fischer) want to aid less fortunate fellow citizens. After considering the adoption of conjoined twins and a program that would rid people of regrettable tattoos, the condescending couple agrees that the homeless could use their help.

The Boys and Girls Guide to Getting Down

Playing on the instructional video format, "The Boys and Girls Guide to Getting Down" tells you everything you need to know to have a successful night of partying in Los Angeles.

Taking place throughout a single night, this mockumentary stars a cast of unknown actors and offers part-satirical, part-serious advice on how to attract sex partners, get into the hottest clubs, get free drinks and score drugs. For non-partying viewers, it provides an intriguing glimpse into the LA clubbing scene.

This Is Spinal Tap

This mockumentary shines a light on the self-contained universe of a metal band struggling to get back on the charts, including everything from its complicated history of ups and downs, gold albums, name changes and undersold concert dates, along with the full host of requisite groupies, promoters, hangers-on and historians, sessions, release events and those special behind-the-scenes moments that keep it all real.

Nathan Fielder says “A lot of people come into a situation, especially when they’re being filmed, and they have a certain idea of how they want to present themselves and im trying to show who they are in some little way.”

I hope that this will help you and if you have any other questions or maybe want to share some additional tips: please leave them down below and click here to get more of ThisIndulge. I would love to read your comments 🙂

Popular posts from this blog

8 Indulging Ways To Set Yourself Up For Success Everyone is looking for success. In this modern economic world of maths, computing, and profit, you just can’t become a successful person until you have a business that thrives. If you are looking for ways to set yourself up for business, we have 8 indulging ways to get yourself started:1.Keep your day jobYou must have heard of people quitting their jobs to pursue their passion, right? They quit their jobs, lose everything, and have to work harder than anyone else to finally get a chance at doing what they are passionate about. You do not have to be like that. Go safe. Do your day job, and open up your business in your free time. You will need the money from your day job, after all. 2.Start a side projectLook for something you’re very interested in. Whether it be playing games or something you’re good at, and try to monetize it. There are various ways to monetize your content: stream, share, freelance, and so on.If possible, do this side project without hindering your day job.3.Share …
Read more

8 Indulging Ways To Retire In Your 30’s Everyone wants to be successful and retire early . Not everyone wants to work all their lives. Not many people love their jobs, or want to continue doing the same job every day until they die. Some people only do a job to earn money to feed themselves and their beloved ones. The expected age to retire for an average human being is around 50 years. But some people retire in their 30’s, and live a relatively peaceful life afterwards. Here are the 8 ways you could do the same and hopefully retire in your 30’s with enough to stay happy afterward:1.FIREFIRE is short for Financial Independence, Retire Early. FIRE is basically a millennial “movement” or lifestyle that says that you work until you are financially independent, and then retire as soon as you can. Millennials strongly believe that your job shouldn’t mean the end of you. Instead of doing soul-sucking jobs, quit them. This is why they have started this movement.2.Types of FIREThere are three types of FIRE that different types of …
Read more

Indulging Habits You Should Aim To Build! Hey, before we get into this amazing article. I want to let you in on a BIG secret! So you can look dope and improve your style. We have just launched our merch store! Go and check it out NOW! Just click anywhere on this! You'll feel great and look stylish in our merch! #BeAnIndulgerIn this article, I am going to give you the full rundown on habits that I am building to make me more productive and improve my life. Every day the average young adult makes 35,000 decisions daily, and each one carries inevitable consequences with it good or bad. And let’s face it as a young adult who is still figuring out everything most of the time, you don't know what to do with yourself or when to go left instead of right. So let's get into it! {Click To Share On Twitter}Table Of ContentsTL;DR(Too Long; Didn’t Read)8 Great Habits You Should Develop#BeAnIndulgerOur AdviceTL;DR(Too Long; Didn’t Read)TL;DR is just a new segment we are adding to our contents. It will summarize the topic so you…
Read more 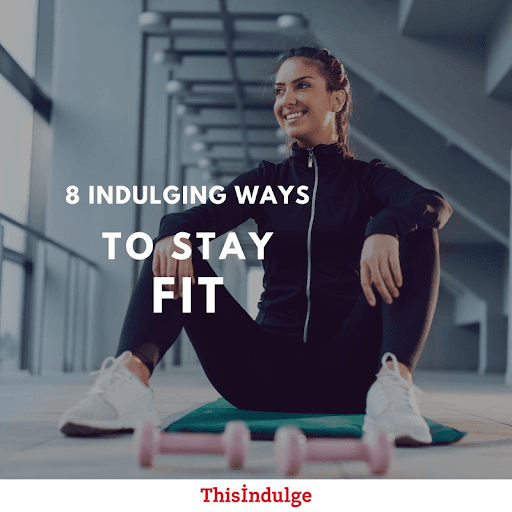 Being fit isn’t just a hobby anymore. In today’s world of ever-growing obesity and physical health issues, fitness has become an integral part of surviving. {Click To Share On Twitter}Fitness means that you have a healthy mind, as well as a healthy body. You are no longer slave to your glutton desires. Here are the 8 indulging ways to stay fit:1. Staying healthy while staying on top of everything elseSome people have this mentality that being fit is a full-time job. That you can’t do anything else if you’re a gym rat. If you focus on your physique, you’re abandoning your brain. That brawns can’t have brains. This isn’t true. Once you start exercising, you will understand that it isn’t like that.Hitting the gym, or even exercising at home can take no longer than an hour or two. You spend more time than that worrying about your ever-growing belly. Plus, after you start exercising, your body gains more energy, so it can do work more efficiently. 2. Eat healthyEating healthy is the most i…
Read more 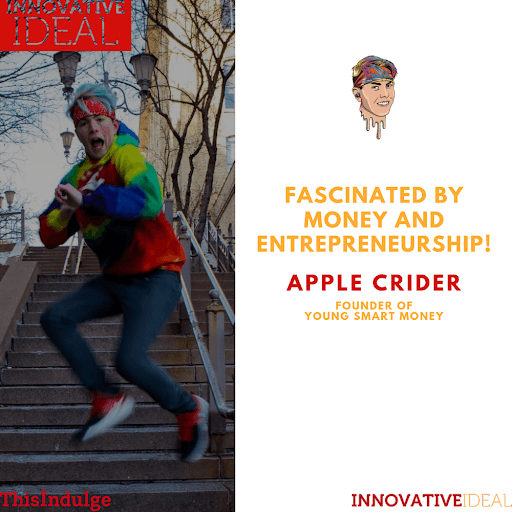 Apple’s passion is to show young people that they have a multitude of options available to them outside of the traditional 9-5. He lives by the quote: “the best is yet to come. Be patient” -Apple Crider {CLICK TO TWEET}Hey, this amazing article was made possible by the NEW merch line. Go grab your merch, while they last! FREE shipping for all U.S. orders. #BeAnIndulgerApple’s StoryHis name is Apple Crider, he’s 20 years old, and his an entrepreneur and a college student in Madison, Wisconsin. From a young age, he has been fascinated at how people interact with money.He can remember being six years old and observing how his mom looked at the prices of things when they went shopping. She made remarks on whether different things were “expensive” or “worth it.”Since then, he has continued to observe how the people around him and he’s interaction with money daily. In late high school, he was learning more about how money worked and what the people who had a lot of money did to get it.He ca…
Read more

Venture Into The Unknown!

Indulge Us! (Mean Or Nice: UP TO YOU)